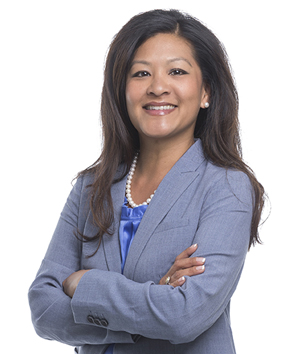 Cassandra Chin, a partner with Nichols Zauzig, has been named a Diplomate with The American College of Family Trial Lawyers (ACFTL), which is limited to 100 of the top family law attorneys in the United States and is by invitation only.

Diplomates, all members of the American Academy of Matrimonial Lawyers (AAML), are chosen based upon their recognized litigation skills and courtroom abilities in handling complex divorce, child custody and support cases.

Formed in 1993, the ACFTL has achieved national recognition through its diplomates handling well-publicized cases and cutting-edge issues of local and national importance. Diplomates are involved in the uppermost level of continuing education through the presentation of CLE programs, acting as guest speakers, participating in hands-on interactive sessions, as well as participating in the free-flow exchange of ideas and innovative conceptions amongst its members.

Ms. Chin has been practicing family law for 18 years, all with Nichols Zauzig. Early on in her career, Ms. Chin got involved with local and state bar associations. Ultimately, she became the youngest person ever to serve on the Board of Governors for the Virginia State Bar Family Law Section, later becoming Chair.

On a national level, Ms. Chin was one of the youngest fellows when she was accepted into AAML, after meeting the stringent membership criteria. She is now the organization’s national Membership Committee Chair and a non-voting member of the national Executive Committee. Ms. Chin is also the elected Virginia representative to the national AAML. For the Prince William County Bar Association, Ms. Chin is Co-Chair of the Family Law Committee–a position she has held since 2007. Washingtonian Magazine named Ms. Chin as a Top Lawyer in 2018 and she has been a Virginia and Washington, D.C. Super Lawyer since 2016.