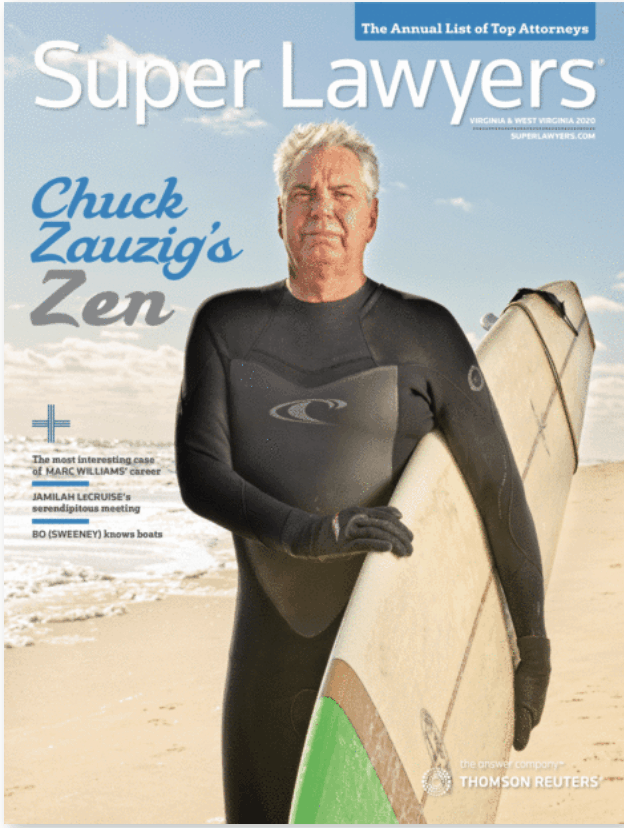 Chuck Zauzig is the cover story of Virginia Super Lawyers 2020 magazine and is ranked as a Top 10 Super Lawyer in Virginia.

“Chuck Zauzig and the Art of Zen Maintenance: The med-mal lawyer’s escape comes in waves” is a rare deep dive into how Chuck became one of the nation’s leading medical malpractice attorneys, despite considering leaving law school to become a ski instructor out West. The article also explores how surfing and the ocean inspire him.

Chuck ranked in the Top 10 of all 2020 Virginia Super Lawyers nominees, regardless of practice area. He’s previously been among the Top 100 and a Super Lawyer® since 2006.

A former President of the Virginia Trial Lawyers Association (VTLA), Chuck was honored in 2017 with their Distinguished Service Award. He is a fellow with the American College of Trial Lawyers, which is limited to the top 1% of lawyers in any state or province in North America. For his commitment to legal teaching and training, the Southern Trial Lawyers awarded Chuck with the Professor W. McKinley Smiley, Jr. Lighthouse award in 2013. He continues his involvement in law education as a frequent lecturer and teacher for trial lawyers throughout the country.

Super Lawyers® rates lawyers from 70 practice areas who have a high degree of peer recognition and professional achievement. Chuck is included in the practice area Personal Injury-Medical Malpractice: Plaintiff.

Below: Photos by Bob Morecock 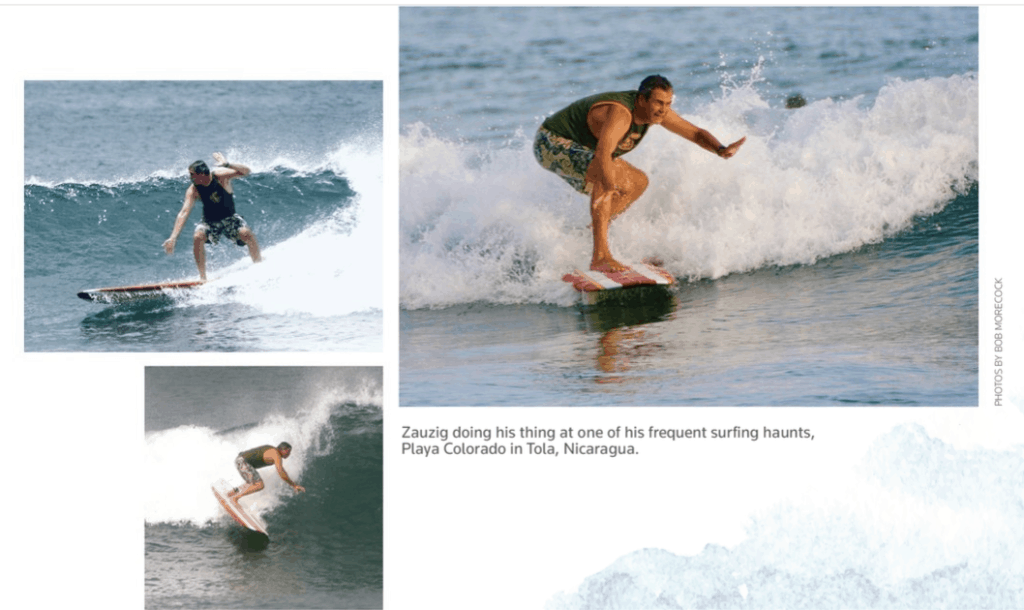