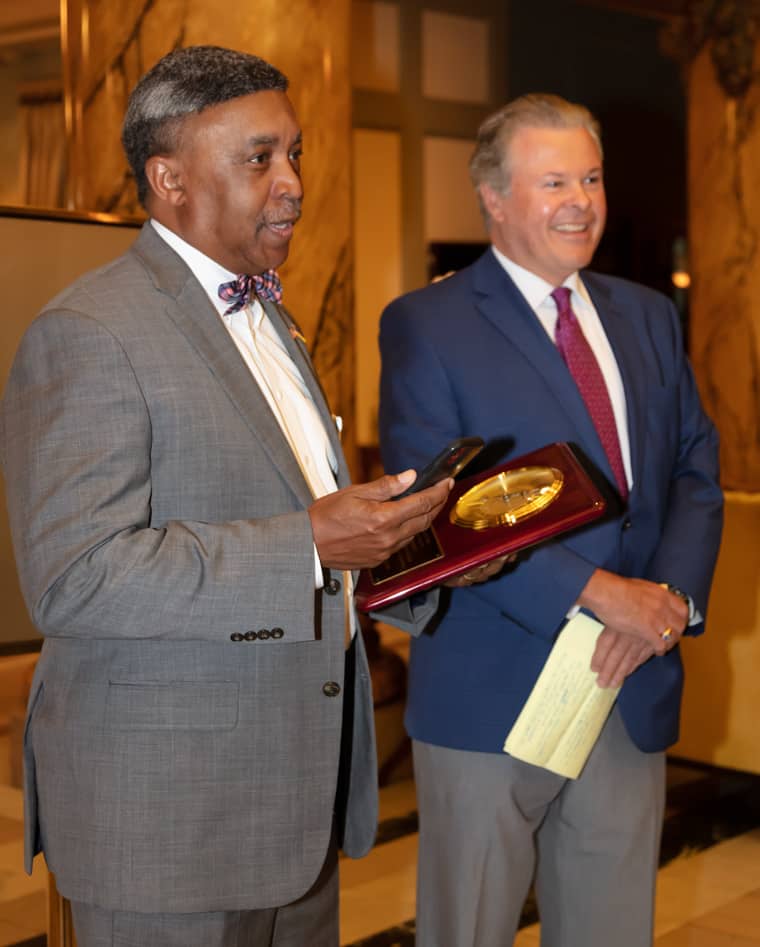 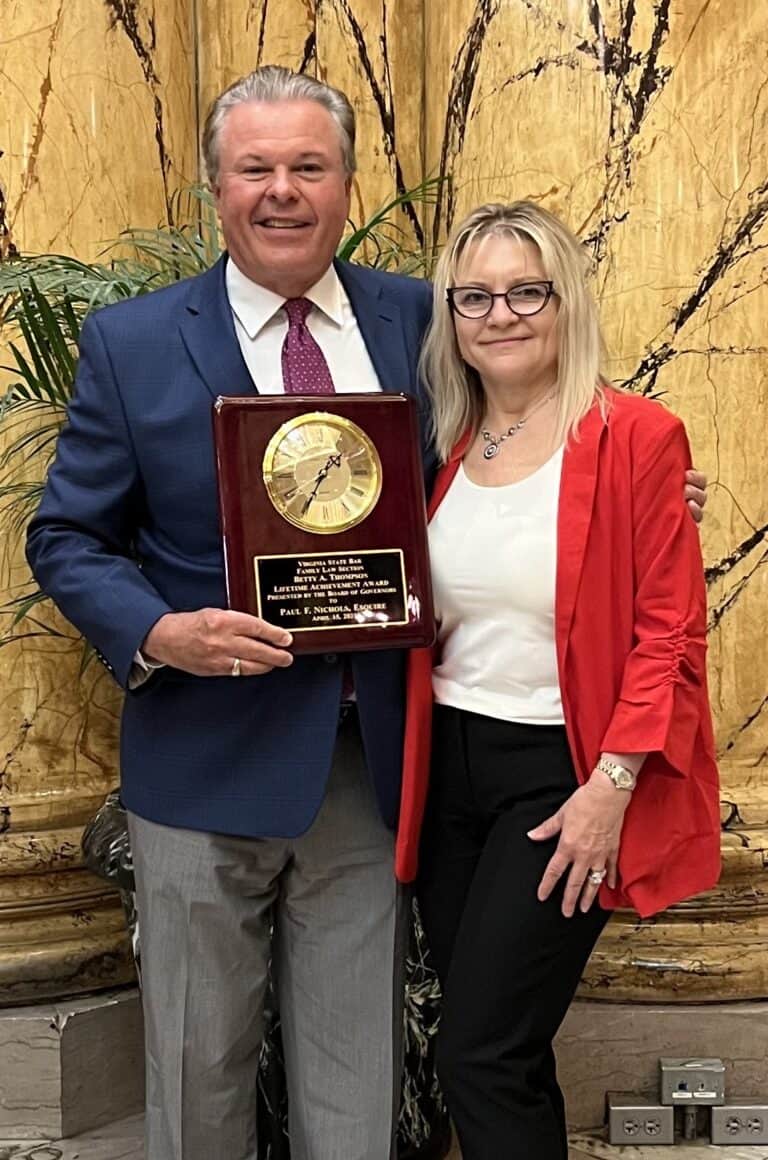 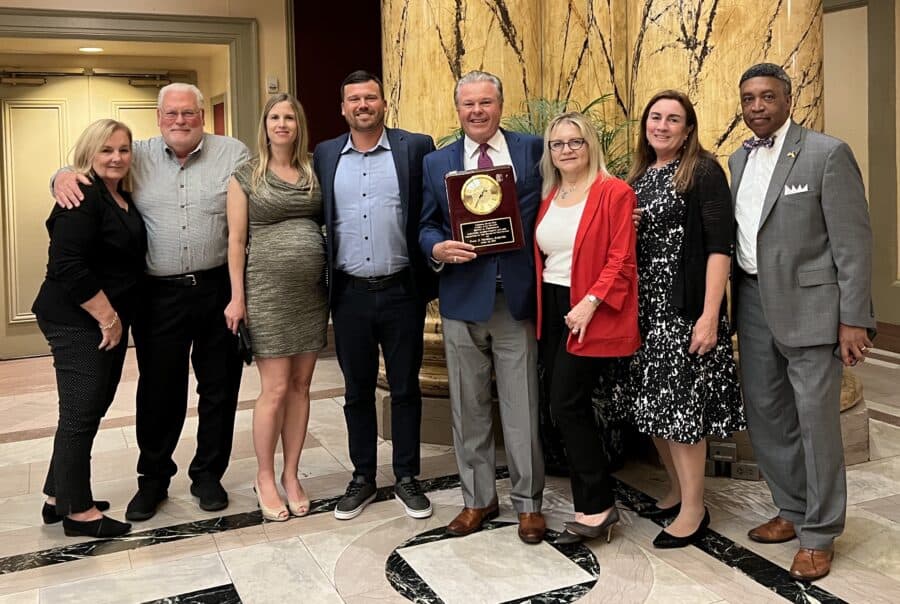 Paul F. Nichols was honored last month with the Virginia State Bar Family Law Board of Governors Lifetime Achievement Award, which he earned in 2021, but the in-person presentation was delayed until this year’s ceremony due to the pandemic. One attorney is selected annually for this award at the discretion of the Board of Governors.

The Honorable Rossie Alston, Jr. presented the plaque award to Mr. Nichols at the Annual Family Law Seminar, held in person last month at the Jefferson Hotel in Richmond.

Mr. Nichols has practiced law for nearly 43 years with Nichols Zauzig, located in Woodbridge and Manassas. A fellow of the American Academy of Matrimonial Lawyers, Nichols has extensive litigation experience and helped create the family law section of the Virginia Trial Lawyers Association in the 1980s. He has been on the board of governors of the Family Law section of the Virginia State Bar and is a frequent lecturer and author on family topics.

Nichols has been a Commissioner in Chancery for the Circuit Court of Prince William County since 1985. He served in the Virginia General Assembly House of Delegates from 2008-2010, where he drafted and helped gain passage of several family laws in the Commonwealth.

A graduate of King’s College and George Mason University College of Law, Mr. Nichols has been the recipient of numerous peer awards including Best Lawyers in America, Washington DC and Virginia Super Lawyers, and Martindale-Hubbell’s preeminent AV rating. He devotes his charitable efforts to the Leukemia and Lymphoma Society and Breast Cancer Awareness, among others.