Supporting the fight in Gainesville 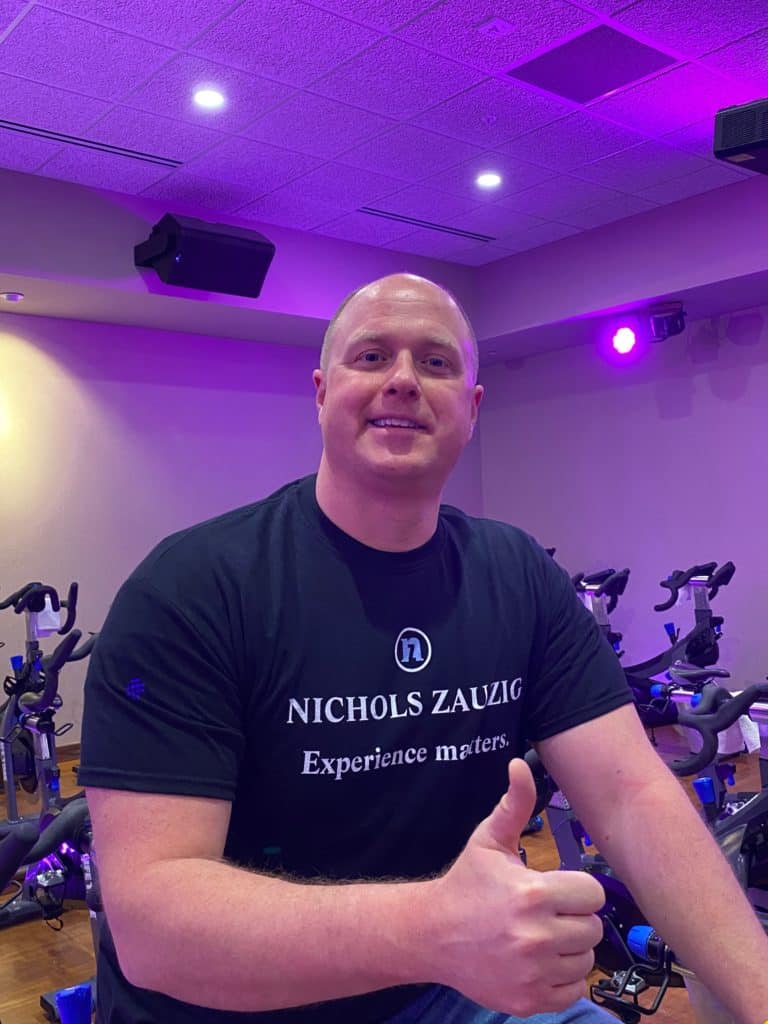 It was to join in the fight against childhood cancer as part of the Gainesville Life Time Athletic’s Ride for a Reason fundraiser for St. Jude Hospital. Over 120 Life Time gyms nationwide participated in the March 7 event, held from 8:00 am-noon. The Gainesville, Virginia facility raised $45,000!  Since 2016, the event has raised $4.2 million nationally.

“We’re exhausted, but it was a great experience,” Andrew said shortly after the ride. He and his wife regularly take spin classes at the gym, and when they heard about the Ride for A Reason event, they knew right away they wanted to participate.

Parents of three young children, the Taylors are sensitive to childhood cancer victims and their parents. Friends and relatives supported their ride, as did Nichols Zauzig.

Treatments invented at St. Jude Children’s Research Hospital have helped push the overall childhood cancer survival rate from 20% to more than 80% since it opened more than 50 years ago. Life Time Athletic has partnered with St. Jude for this event for the past five years. 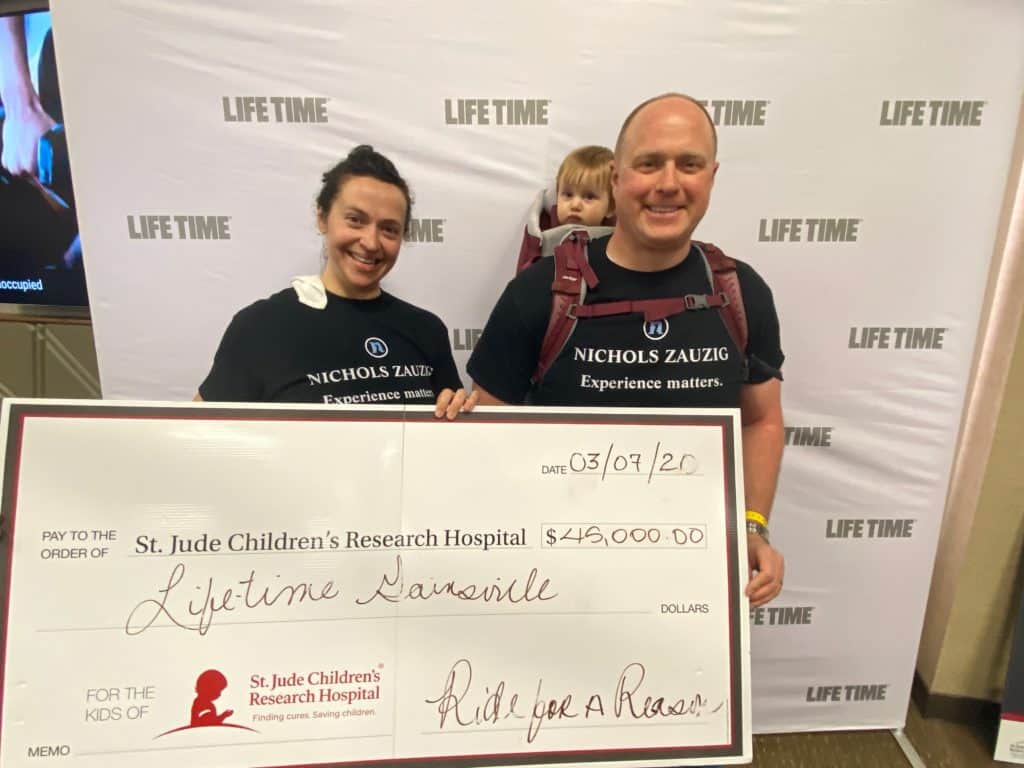