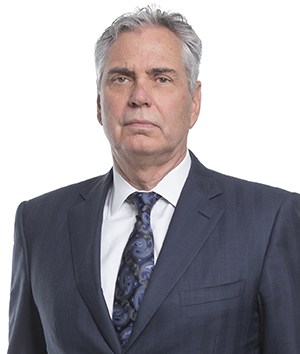 Chuck Zauzig was recently ranked among the Top 10 of all 2022 Virginia Super Lawyers®, regardless of practice area.

In 2020 and 2021, he was also among the Top 10, including in the Top Three in 2021. Chuck was featured as the 2020 cover story of Virginia Super Lawyers Magazine. He has been a Super Lawyer since 2006 and in the Top 100 repeatedly since then. Super Lawyers® rates lawyers from 70 practice areas who have a high degree of peer recognition and professional achievement.

Chuck is a nationally recognized advocate for victims and their families whose lives are devastated because someone else was careless. He focuses on serious personal injury and medical malpractice cases and has been named Lawyer of the Year -Plaintiffs in the D.C. area five times by Best Lawyers®.

Many of Chuck’s cases have been among Virginia’s Annual Largest Million-Dollar Verdicts or Settlements listings published by Virginia Lawyers Weekly. A former President of the Virginia Trial Lawyers Association, Chuck is a fellow with the American College of Trial Lawyers, which is limited to the top 1% of lawyers in any state or province of North America.

He was honored with the Distinguished Service Award from the Virginia Trial Lawyers Association in 2017 and, for his commitment to legal teaching and training, the Southern Trial Lawyers awarded Chuck with the Professor W. McKinley Lighthouse award in 2013. Chuck has been included in the Washingtonian Top Lawyers listing annually since 2007.