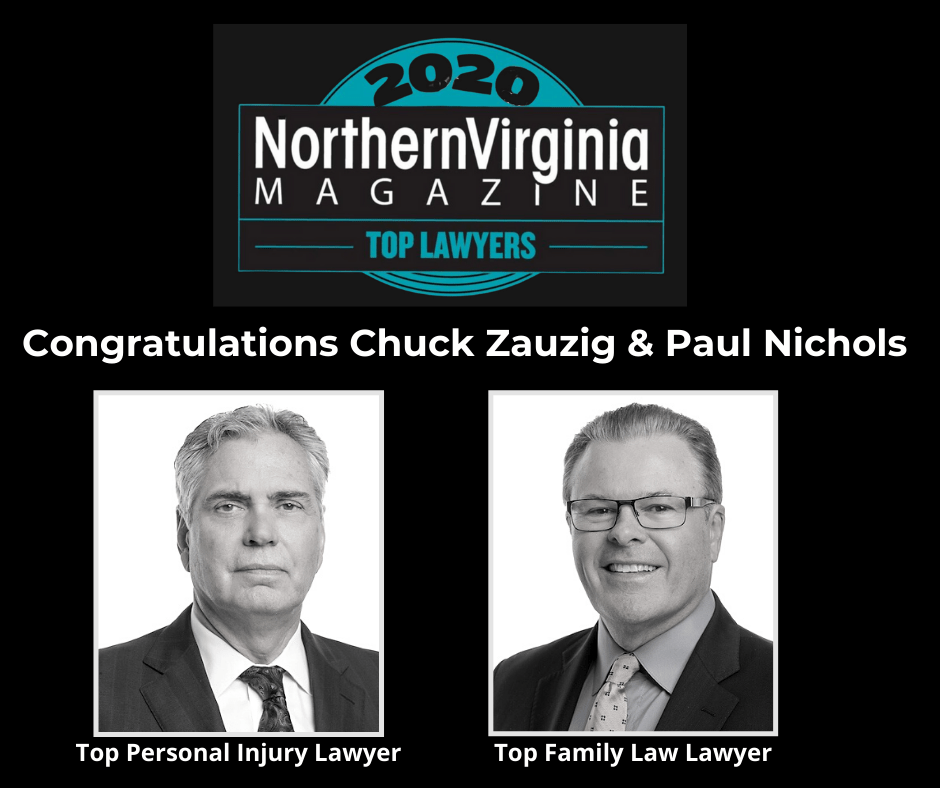 Mr. Zauzig is named for Personal Injury Law, while Mr. Nichols is listed for Divorce and Family Law.

“We sent surveys to all Northern Virginia lawyers asking them to recommend other lawyers to whom they would refer friends and family. Those on the listing received the most nominations..lawyers cannot pay to be included on the list,” the magazine states.

Mr. Nichols and Mr. Zauzig have been consistently named to the Northern Virginia Top Lawyers listing since its inception, in addition to several other honors of distinction nationally and regionally.

The firm of Nichols Zauzig has 31 years of experience in providing legal representation in the personal injury/medical malpractice, criminal defense and family law. The firm has been consistently recognized as a Top Law Firm in the Washington D.C. region by U.S. News – Best Lawyer®, and the partners hold among the highest credentials in their fields, including Martindale-Hubbell AV Preeminent® status and Super Lawyers®, as well as individual recognition for dedication and service in their respective areas of law.