Most of us know that smart phones and wireless plans can be costly.

But many people don’t realize the highest cost is not the monthly payment.

Instead, it is the incalculable cost of diminished privacy, and the potential that certain constitutional rights can be easily compromised  by police and other government officials.

In fact, law enforcement — without warrant or probable cause — can gain access to a detailed history of where we’ve been and when, based on data from our cell phone providers.

The location accuracy? Within 150 feet.

A recent article by Criminal Defense Attorney Michael Hollingsworth describes how this practice could be compromising the Fourth Amendment, which guards citizens against unreasonable searches and seizures and commands that no warrants shall be issued unless supported by probable cause (justification).

“John Adams and James Madison may not have owned smart phones, but both would surely be troubled by the ease with which the government is able to circumvent the Fourth Amendment to gather such detailed personal information,” Mr. Hollingsworth says in the article, published last month in The Virginia Champion, the quarterly newsletter for The Virginia Association of Criminal Defense Lawyers.

Mr. Hollingsworth describes how federal and Virginia courts have left the door open for police who, when they are conducting an investigation — but do not have probable cause for a warrant — can utilize an easier method to build a case using cell phone location data.

He goes on to explain cases and court rationale, including antiquated “third-party doctorine” that perpetuate this privacy gap.

“The fact of the matter is that smart phones have become so ubiquitous and essential to daily life that our courts must adapt and recognize the evolution of society’s privacy expectations,” he says.

Mr. Hollingsworth describes related Circuit Court and Virginia appellate cases and advocates that “citizen clearly have an expectation of privacy in their location data” and the time has come for the Supreme Court to offer guidance on this crucially important question.

Mr. Hollingsworth concludes with a quotation from Chief Justice Roberts, who wrote in a related judgement, that “cell phones are not just another technological convenience. With all they contain and all they may reveal, they hold for many Americans the privacies of life.”

Michael Hollingsworth, a Criminal Defense Attorney with Nichols Zauzig Sandler, P.C., has tried cases at every level of Virginia’s court system in virtually every county in Northern Virginia. He is also a skilled appellate lawyer, and has argued before both the Supreme Court of Virginia and the Virginia Court of Appeals. He understands the power of the government and its ability to take advantage of the individual, if allowed to proceed unchecked.  Mr. Hollingsworth has earned the Avvo Client’s Choice award, as well as the respect of his peers, being named a Top Criminal Defense attorney in Northern Virginia Magazine and a Top 100 Trial Lawyer by the National Trial Lawyers Association. 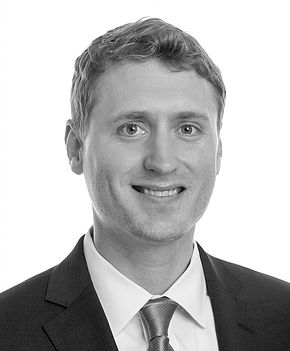